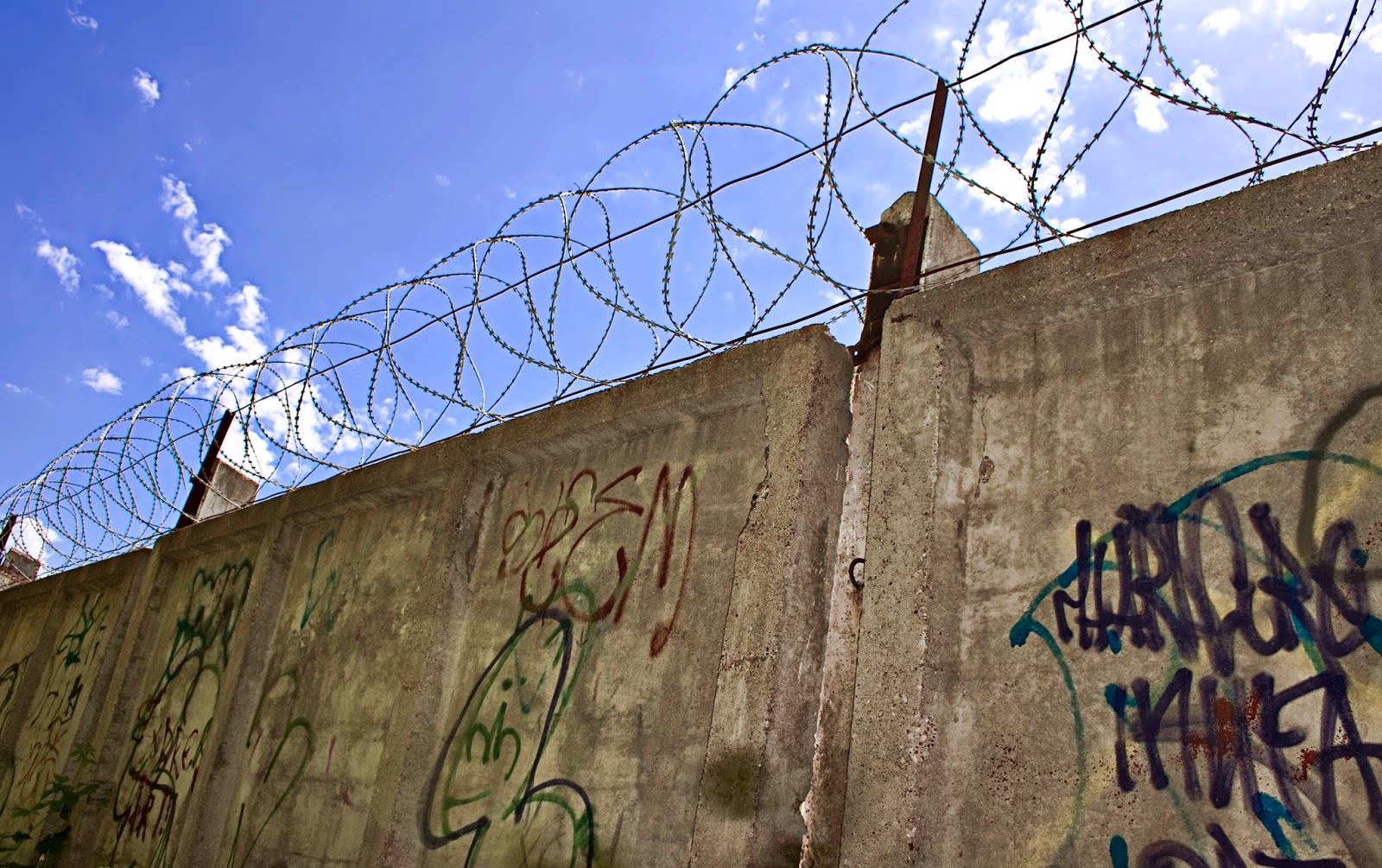 "For it is you who light my lamp; the LORD my God lightens my darkness.
For by you I can run against a troop, and by my God I can leap over a wall. "  Psalm 18:29

I have been thinking a lot recently about something I read last summer about anxiety:

Anxiety is a part of our lives, but we don't have to let it keep us living in a prison of fear or retreating in shame.  We have the opportunity to look it square in the face and allow God to use it to transform our lives.
Rhett Smith, the Anxious Christian, p. 33

I imagine anxiety like a wall.  I find myself bumping up against that wall more often than I care to admit.  I also imagine that the wall/ anxiety is an opportunity.  I am learning to check in with myself and identify what that wall is representing in my life, or what it is bringing up/ out in me.  Once identified I can speak truth into the situation.  As silly as it may sound, I literally say to myself, "Ok, this is what is going on and here is what God says about me, my situation, and who HE is in this."

I see that God is with me facing that wall, waiting for me on the other side of that wall, and walking THROUGH that wall with me.  God indeed lightens my darkness.  He is walking through (or leaping over) walls with me!
(And giving me second chances when I don't make it the first time...or second...)

Never Once, a song by Matt Redman, came on and I fell apart.  It has been over a year since my family and I were stuck in the middle of the terrorist attack at Westage Shopping Mall in Nairobi, Kenya.  I thought that those kinds of tears were finished.  I have found that I still get weak/ weepy when I think about that day, but I had no idea that there was a breakdown left in me.

I was driving back down the mountain after dropping my oldest son off at boarding school.  This is the second to last 3-month term before he graduates.  I am sure that had nothing to do with it ;) .  I was talking to God and listening to music when the song came on.  You have to understand the way God used certain songs to minister to me during the time following Westgate.  I had been introduced to Oceans by a college roommate just before and He strengthened me, showing me that HE called me out upon the waters, HE took me deeper than my feet could ever wander, and my faith was made stronger in the presence of my Savior.  He used Take Heart to remind me to let His love lead me through the night, to hold on to Hope, and take courage again.  There are others, but Never Once He used to take me BACK to the scene, back to Westgate and remember that HE. WAS. THERE.

My family had been separated during the initial explosions and gunfire.  My husband and oldest son were on the level above my four younger children and I.  We were rounding the corner when the blasts started.  We were inches away from the gunmen’s entry point. We turned and ran to the opposite corner of the mall.  We ended up in a storage area, kneeling between pallets of flour and shelves of toilet paper.  We were stuck there for several hours, stuck listening to screams, gunfire, and explosions.  The fear was that we would be found.  The fear was not knowing what would happen if we were found. I have always had a vivid imagination and it was taking me places I didn’t want to go with my little ones.  We had also “collected” two boys who had been separated from their mother.  My heart ached for them and for their mother, whom they were unable to reach by phone.

We were kneeling on a battleground.

We were looking at just how far we’d come, knowing that every victory was HIS power in us.

The whole time we were hiding there was NEVER a doubt that God was there.  He was the strong tower we ran to – the flour and toilet paper that provided our shelter.  Remembering that as I kneeled uncomfortably, I laughed to myself.  His presence was so very real, so very sure.  He was, and is, the friend that sticks closer than a brother. He is faithfully true to who He is.  He doesn’t change and He doesn’t lie.  I was able to rest in the truth of who HE is.  I knew that no matter what happened, He would be faithful, He would be there.

Carried by Your constant grace
Held within Your perfect peace

The days and weeks that followed the attack at Westgate were the kind of hard and wonderful that can only be explained by the presence of God walking through it with you.  The sweetness of that time is something I will always cherish.  God allowed me to see a part of Him in such a tangible way.  So, Westgate was a gift.  Would I ever WANT to do it again?  No!  Would I go there with Him again? … I humbly answer, “If He so led”.  God is gracious and He Himself is our peace.

In the year or so since Westgate there have been scars and struggles, but with joy my heart can say, “Never Once did we ever walk alone”.

So, back to the breakdown…

I am sad that I am still struggling over a year out.  Not all days are hard, but some sneak up and punch me in the gut when I’m not looking.  We ended up going back to the states for two months this summer for some counselling, which was SO helpful.  And I am back to meeting with a counselor now.  Westgate was traumatic but carrying the lie that I failed in healing has been worse. Every perceived failure since feels like another weight added.

I have a hard time accepting that “we have this treasure in jars of clay, to show that the surpassing power belongs to God and not to us.” 2 Corinthians 4:7.  It is hard to be so fragile.  I would SO rather have my stuff together.  So I will put one foot in front of the other and embrace the hard, the humbling, the broken parts of me, and trust Him with the healing.